Skip to content
by: Colorado Death NoticesPosted on October 16, 2019

Harold Dwain Frasier was born June 8, 1925. Son of Elwin G. Frasier and Glendola Marple Frasier in Montrose, CO. He attended school at Oak Grove Elementary and Montrose High School. Harold entered the U.S. Navy at the age of 17 ½ with his parents’ consent, after the bombing of Pearl Harbor, he served 5 ½ years in the South Pacific. He was in every landing after midway as a gunner on a landing craft, landing troops on the beach heads. He returned home and married Betty Eloise Jackson on April 15, 1947. Harold worked as a Sales Manager for a local Car Dealership before going into the Banking and Finance Business. He retired in 1991 as President of Montrose Bank of Colorado.

He was proceeded in death by his parents Elwin and Glendela Frasier, brothers Lawrence, Ralph, Delbert and Leland Frasier and Great, Great Granddaughter Aubrey Renee Cameron.

A heartfelt thank you from his family to all of the Caregivers at Montage Creek (formerly Brookedale) and Hope West Hospice. Very special thanks to Misty Kies and Chrissy Coldiron.

A visitation and viewing time are set for Friday, October 18, 2019 from 5-7 pm with the Celebration of Life Service on Saturday, October 19, 2019 at 10:00 am at the Crippin Funeral Home Chapel. Interment will follow at Grand View Cemetery.

Arrangements are in care of Crippin Funeral Home, Montrose, Colorado. 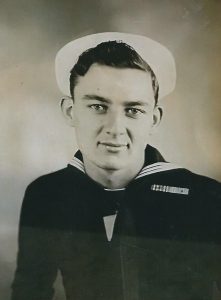 Mary did you know?